Please choose your sharing option below 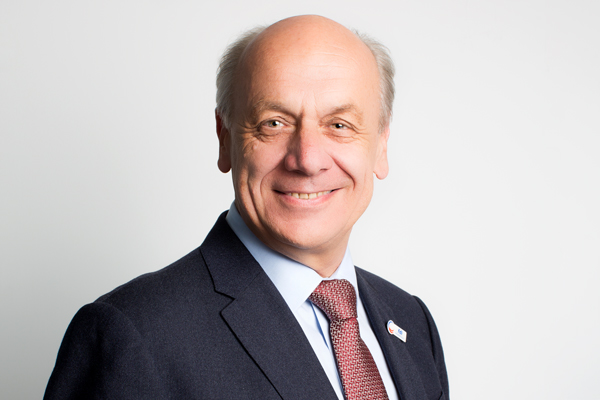 Oral health continues to be one of the most neglected areas of global health. The tragedy is that oral disease is a silent epidemic afflicting some 3.58 billion people—more than half the world’s population—while it’s largely preventable.

Oral diseases, such as dental caries (tooth decay), gum disease and oral cancer, are the most common forms of preventable noncommunicable diseases (NCDs) and affect people throughout their lifetime, causing pain, discomfort, disfigurement and even death. Our collective failure to prevent oral disease are estimated to cost the world economy some US$442 billion each year.

Much of the neglect is down to one main barrier: high treatment costs. Oral diseases are the fourth most expensive diseases to treat and are most often paid for by the patient out-of-pocket. On top of that, the political impetus to change this scenario has been sadly lacking. And that is in part because, historically, we have been treating the “mouth” separately from the “body”. The oral health profession has largely existed as a separate specialty, divorced from medicine and medicine’s education system. This has unfortunately affected the way oral healthcare has, and continues to be, delivered—separate from the primary healthcare system.

However, things are changing: they needed to

In the 2011 United Nations (UN) Political Declaration on NCDs, oral disease was recognized as a major public health problem that could be addressed through joint responses with other diseases. The 2019 UN Political Declaration on Universal Health Coverage (UHC) goes one step further with Heads of State and Government committing to “strengthen efforts to address oral health.”

This is a breakthrough commitment from countries, and the next steps are vital: we’ve got to bring oral health along as a normalized part of the conversation around policies on NCDs and UHC and of the surveillance mechanisms. In short, we need to change both the community and government mindsets—the belief that poor oral health is just a “tooth” problem.

Oral disease is a big part of a largely preventable disease burden and can be a precursor to or indicator of many other NCDs. Oral disease shares common risk factors with other NCDs including tobacco use, harmful use of alcohol and unhealthy diets, especially those high in sugar. Oral diseases are also associated with a number of other NCDs, such as diabetes, cardiovascular disease, respiratory disease, and gastrointestinal and pancreatic cancers.

The ongoing intense debate around sugar taxes and more broadly speaking, obesity levels, especially in  children only illustrates the fallacy of working in silos  and the need for policymakers to take a much more  universal and connected response. Oral health deserves its place at the global health table.

Child obesity is indeed an epidemic as are childhood caries

Consider the figure: 340 million children worldwide are overweight or obese. That’s nearly four out of five kids everywhere, compared to one in twenty in 1975. A study by UNICEF found that children with the highest sugary drink intakes are those most likely to be overweight. Alarm bells are ringing when 44 per cent of children around the world drink soft drinks every day with no nutritional benefits at all, whereas a third don’t eat fruit on a daily basis.

But this burden is multilayered, with some 486 million children suffering from caries of primary teeth. Yet the benefits to children’s oral health of reducing sugary drink consumption via a tax for example, have been too often ignored when discussing sugary drinks and their links to the obesity epidemic. When benefits related to oral health – including better learning outcomes at school and improved mental health and wellbeing – and lifelong lower risk across a range of NCDs are properly taken into account, the argument for policy action is even stronger.

Portugal’s National Programme for the Promotion of Oral Health might be a model for other countries to make good on the commitment by Heads of State to oral health in UHC. This programme provides oral health services in at least one primary healthcare centre in each municipality in Portugal to increase access to oral healthcare to those who need it the most, mainly adults with low incomes and their children. Since the programme launched in 2016, it has achieved encouraging results—more than 60 municipalities in Portugal have now integrated oral health and primary healthcare facilities. Many people have been able to see a dentist for the first time, thanks to the programme and its preventative response represents a decisive step away from the perceived “drill, fill and bill” treatment approach of modern dentistry.